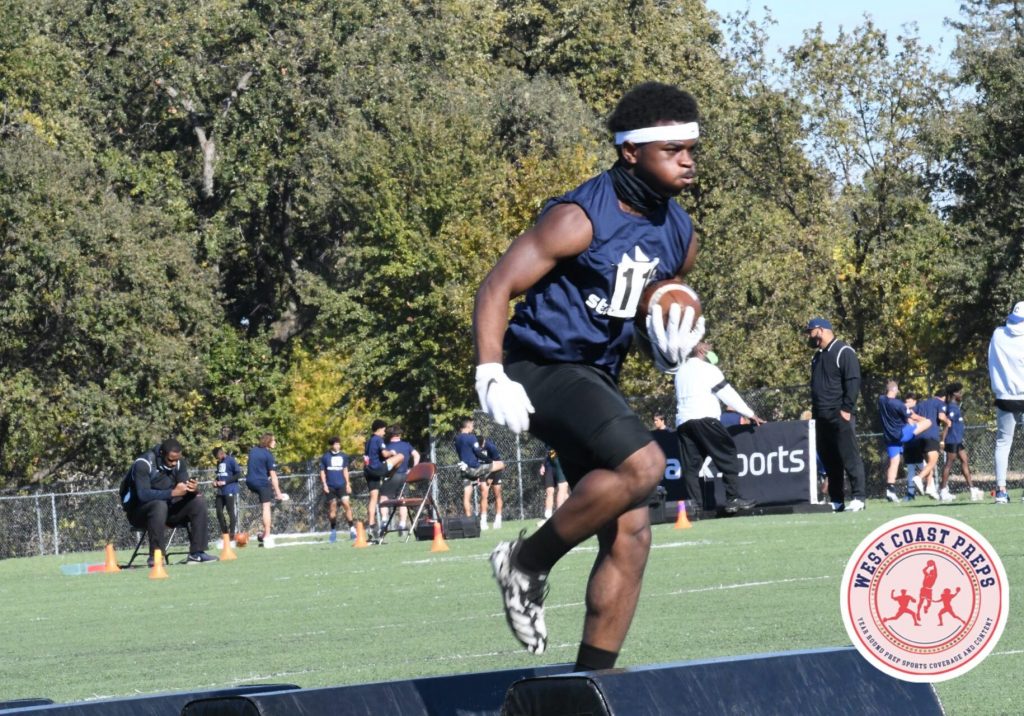 That’s exactly how Vacaville Christian head coach Manny Tarango describes Nunley, a sophomore running back and linebacker who has dazzled every step of the way early in his high school career. Not only is a beast on the field, but in the weight room he is full throttle, and as a person, he’s just one of those guys everyone loves to be around.

“Kai is one of those kids that’s always dancing,” Tarango said. “He’s always singing. He’s just happy about being at football, and the kid just PRd a 505 deadlift. He is thick. He’s got a very short powerful lower body. He’s committed himself to the weight room. His 40 time is increased.”

But, before Nunley ever arrived at Vacaville Christian, he was not ready to make himself a Falcon.

At least, not when he first heard the news.

Nunley’s mother originally wanted him to go to VCS, but when Nunley heard those words, he thought she was joking. Yet she was serious, and Nunley didn’t know what to say at that exact moment.

“We’re family. We’re a really good family. We’re trying to help each other out. We really are. We try our best to make sure one of us goes to college or one of us gets out of here because that’s our main goal is just to go out. We’re just trying to go places, go far, wherever we can.”

That incredible production lifted Nunley into all-metro and all-region honors on both sides of the ball and showed how profound his impact has been for this surging Falcons program, which went 1-9 the year before Nunley arrived and boosted that record to 7-5 and a trip to the Sac-Joaquin Section Division VII semifinals his first year on campus.

“That kid puts the mouthpiece in and he’s just like, ‘Let’s go,’ like Ezekiel Elliott,” Tarango said. “He kind of rolls the jersey up to expose the abs and he’s just giving you the spoon feed, like, ‘Keep feeding me. Let’s go.’ And he’s running to the ball when we’re doing tempo drills, and he’s like faster, faster, faster.”

What remains a scary thought is Nunley has only beefed up and improved in every regard during this offseason.

“He’s completely transformed his legs,” Tarango said. “He’s just thicker. He’s stronger. He’s gotten faster, and he’s only 15. And I think he just loves football, and it just comes naturally to him. Because that comes natural, it allows us as coaches to focus on your blocking and catching the ball out of the backfield because I can’t teach you your body. You know your body. You know how to run people over. That’s what you do.”

Tarango envisions Nunley to become one of the top recruits in the region by the time he’s a junior, and Nunley is eager to make those college dreams come true and get to the next level.